Byelo Onlus was founded in 2004 by a small group of friends, all strongly motivated as voluntaries in a mission of solidarity.

Byelo was the answer to a need and the fulfilment of a dream. Its projects were to focus mainly on the North of Uganda, devastated by 25 years of ferocious civil war. Later, Byelo extended its attention and projects to Burkina Faso and to Madhya Pradesh in India.

The dream was to reach where the big international organizations cannot reach: to help the poorest of the poor and to ease the misery caused by hunger and war.

The first encounters with Dominique Corti, president of Fondazione Corti, and with Brother Elio Croce (click here), director of the orphanage St. Jude Children’s Home, introduced us to the reality of Northern Uganda.

Byelo realized its projects, thanks to the collaboration of our referents (click here)

Byelo’s presidents from its beginning to the present and their testimonies may help to illustrate some aspects of the organization’s history:

In 2018 Byelo Onlus was integrated into the organization ‘A Ruota Libera Onlus’. This collaboration called ‘I Bambini di Byelo’ will guarantee the continuity of the Byelo mission. Ruth Strangemann, former president of Byelo Onlus continues to be responsible for its projects and their realization. 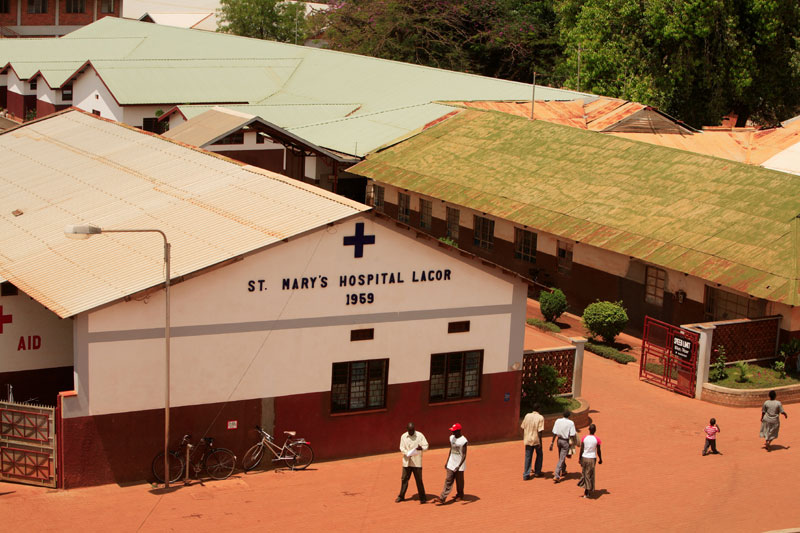 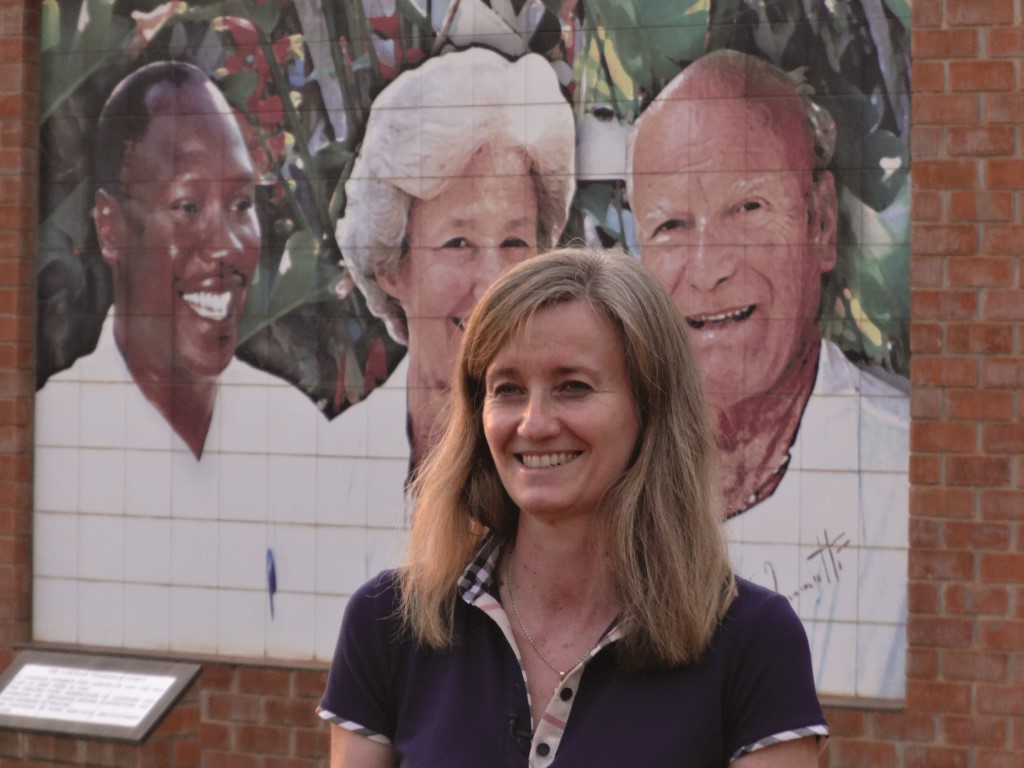 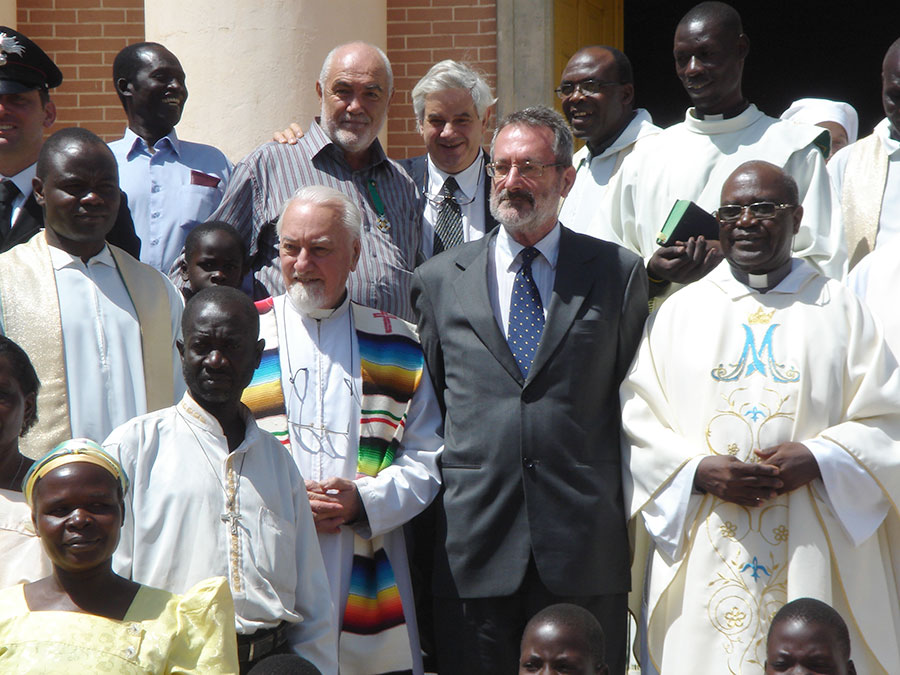 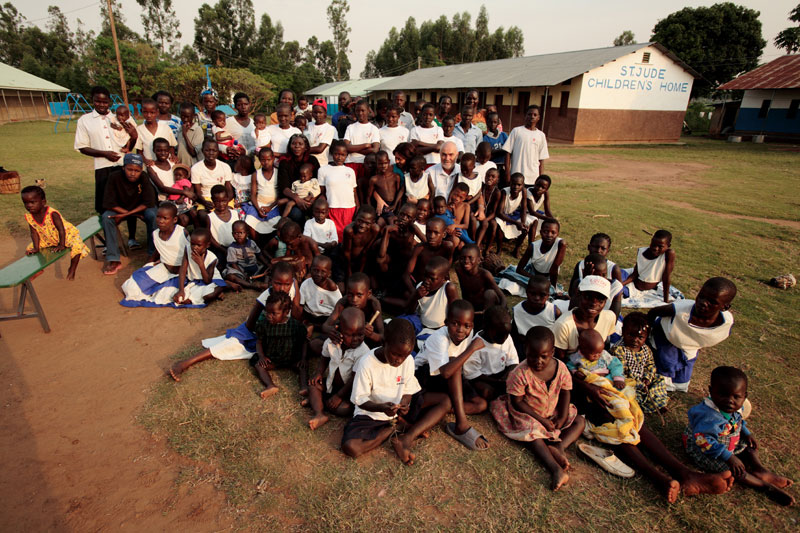 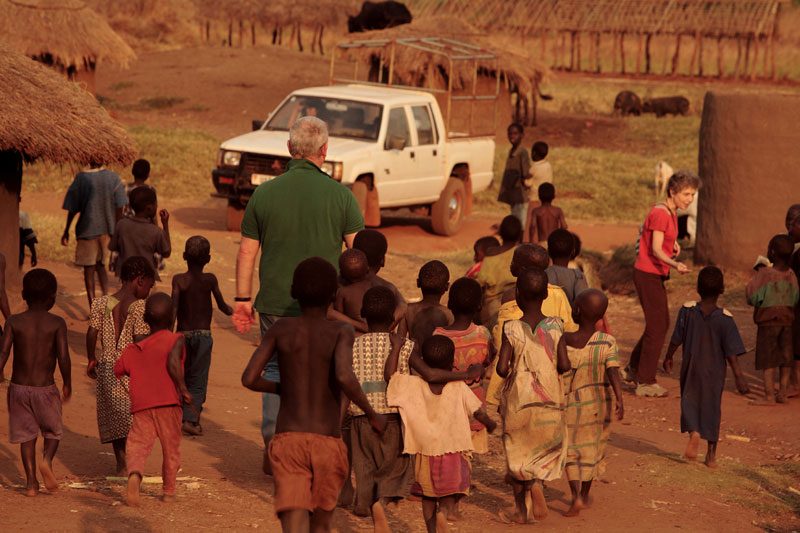 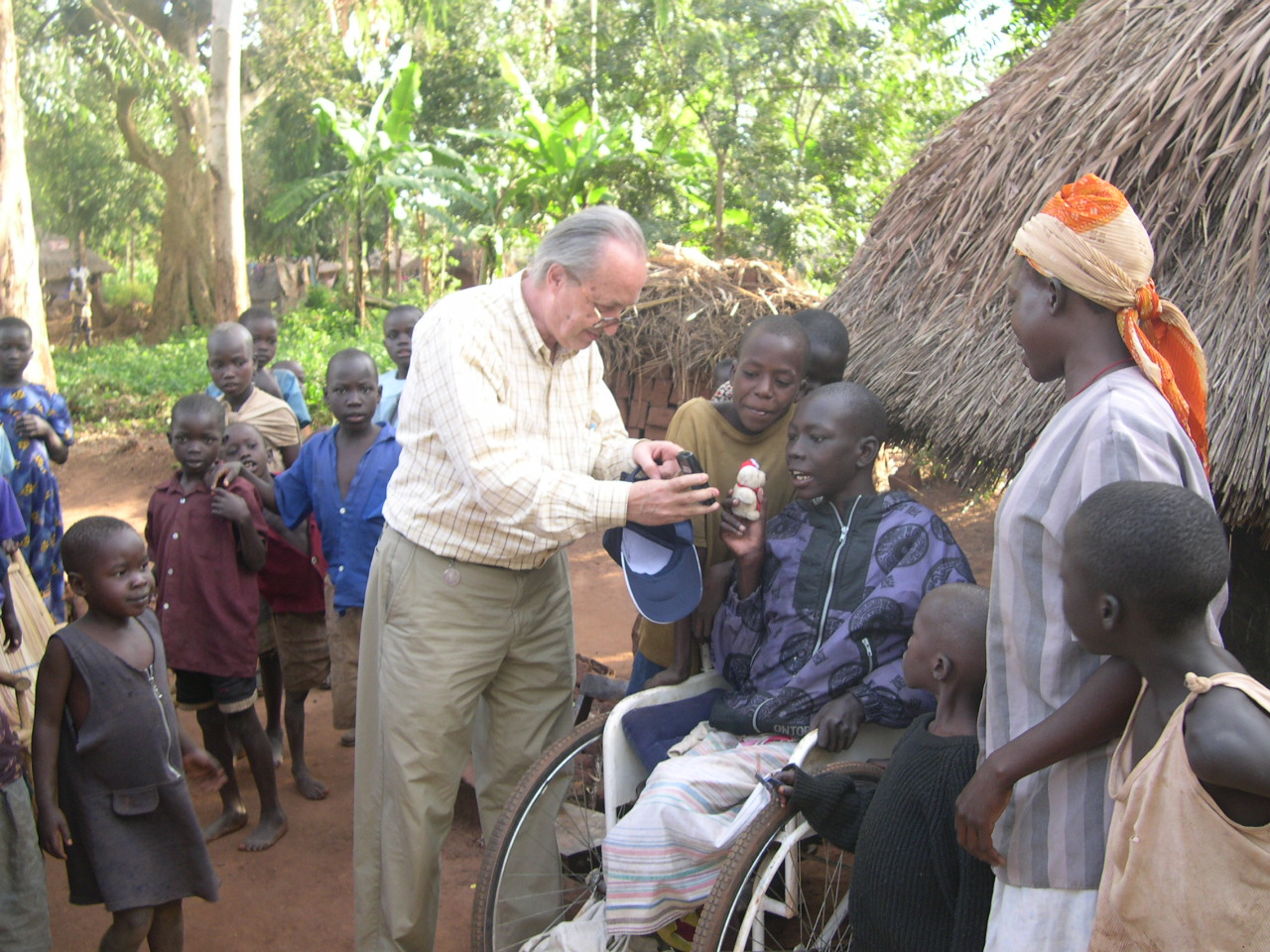 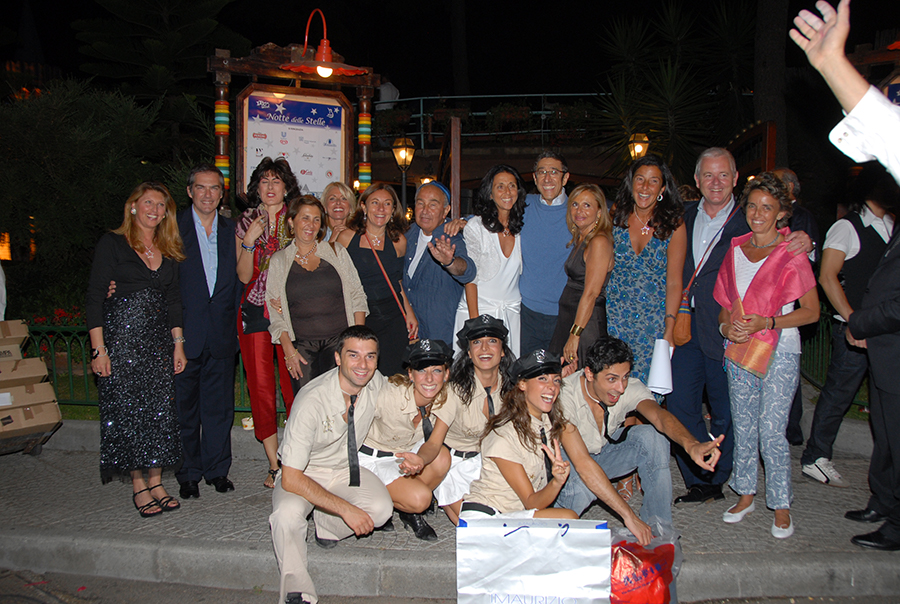 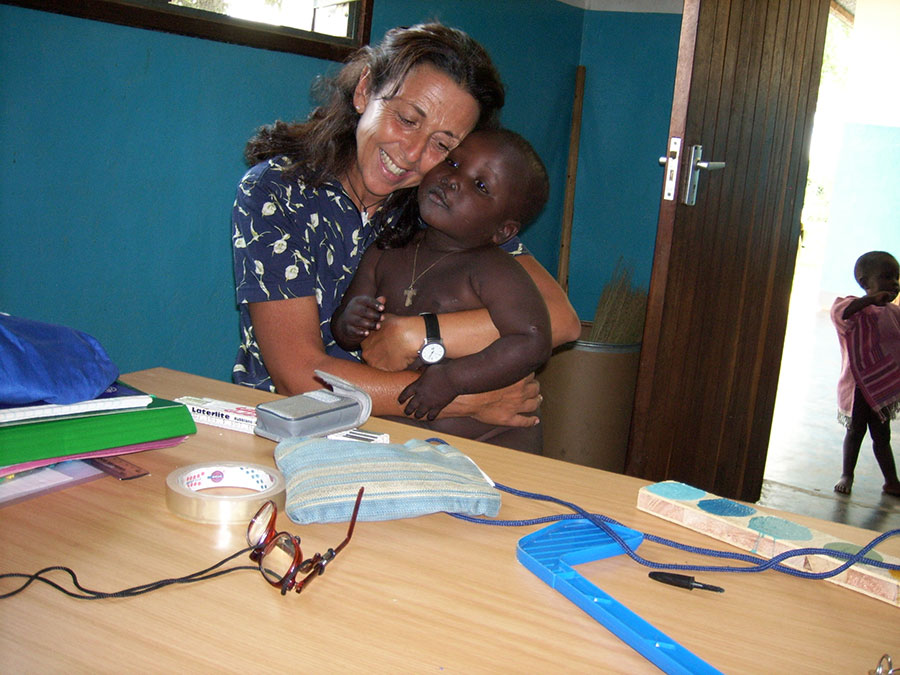 FRANCESCO BEVILACQUA
co-founder and president from 2004 to 2009 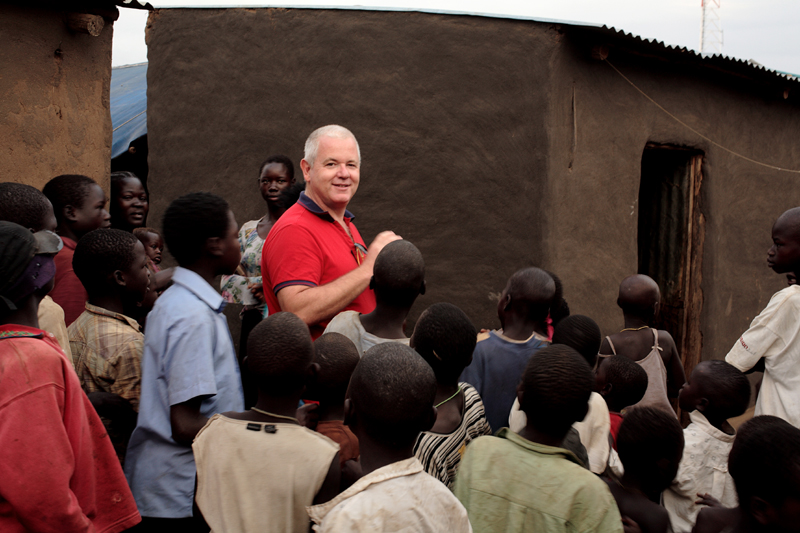 From ‘ I Bambini della Notte’ by Mariapia Bonanate and Francesco Bevilacqua, Il Saggiatore, 2014.

Fascinated by what is going on around me I hardly realize that Elio is standing behind me: “Well, these are the night commuters, I Bambini della Notte. They come here seeking refuge within the walls of the hospital area. They camp in the court yards to escape from the violence of the guerrillas who might force them to become soldier children. Many of them have been walking for ten, fifteen kilometres, ready to do the same each and every evening. Their brothers and friends had been captured by Kony’s soldiers while they assaulted their villages during the nights and forced them to enter his army.”

I feel deeply struck, standing here in front of the gate for almost an hour, until the dazzling red of the sunset fades away within a few minutes. We are very close to the equator. It seems as if somebody had all of a sudden switched off the light, the darkness becomes immediately deep and compact. But the children continue to flow in like a river which nobody can stop flowing. There are thousands of them. A little army, rather cheerful and disciplined avoiding congestions, - each of them knows where to go. They are dirty and ragged, their pants are worn out. Their shirts, more holes than fabric, leave large parts of their bodies naked. They have almost nothing to carry with them. The most privileged ones do have a mat, others a black covered notebook. How can the hospital’s court yards house all of them? Their voices are becoming similar to the rustling of branches lashed by the wind. In the midst of the deep silence of the hospital area this noise is producing a somewhat frightening, restless suspense.”

SVEVA DE BARTOLOMEIS
co-founder and president from 2009 to 2012 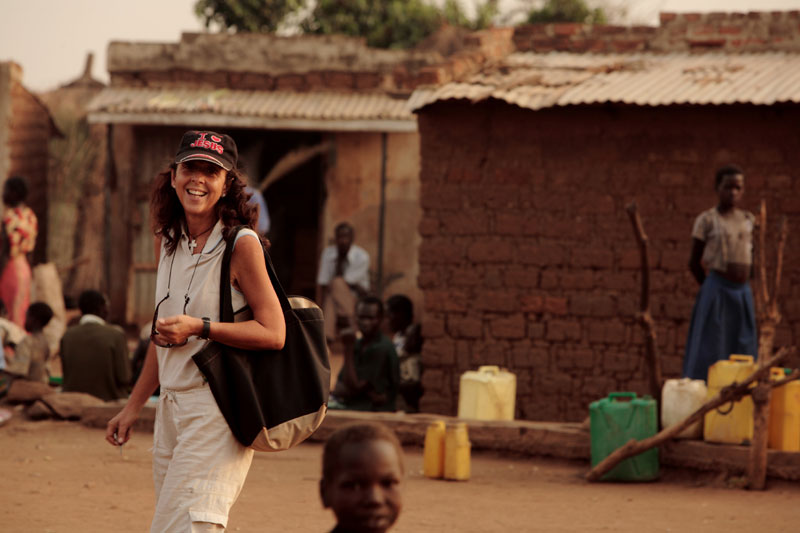 SVEVA, co-founder and president from 2009 to 2012 was particularly committed to the Byelo mission. She decided to live for several months each year at Gulu, following up in the field all projects and sharing her life with the children of St. Jude Children’s Home. Sveva died in April 2012 after a long illness.

From ‘Incontri’ by Sveva de Bartolomeis, 2010

The arrival of a Musungu (a white) at the orphanage is a joyful event which interrupts the daily routine. The Mammies teach the children to respect the Musungu and they explained me later that the arrival of a benefactor means survival and as such it is an important event for everybody.

For everybody but not for him. He seems alone in the midst of 98 children, he stands aside, he is absent. His infinitely sad eyes are lost in the emptiness of the muddy courtyard. His ragged shirt covered with layers of dirt become all one with the dirt on his body and of his hair; all one colour, the one of wet mud.

Ronald told me that this child had arrived that morning: somebody found him eating grass in the bush some 40 km north, close to the refugee camps and to the area controlled by the rebels. His huge belly told of malnutrition and his silence told of loneliness.

He spent much time in my arms, but sometimes he agreed to follow me just taking my hand and once in a while he left me to reach the arms of Luigi or the join Cristina in her laboratory, two Italians who volunteered at that time in St. Jude orphanage. But he never ever lost sight of me not even for a second. Three days later he smiled.

It was just a hint of a smile, a slight ray of light in the austerity of his face.

My heart stopped beating for a moment. Then it exploded with emotion and I started to cry. 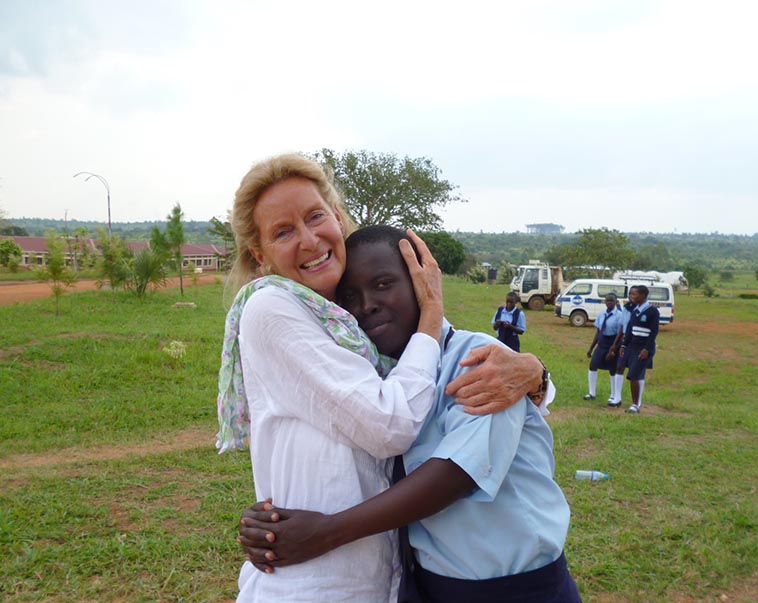 I spent most of July at Gulu and a few days at Kampala. It was always a renewed joy to see our children again, to meet the various beneficiaries of our projects and also to check the work that had been accomplished. Yet the greatest joy was to join our ‘Byelo family’ in this far-away land with its terrifying past. This special family consists of so many people, of different ages and each of them with a personal history, but all with one thing in common: they have overcome their suffering of the past and their painful experiences. They are fully aware of the fact that Byelo has helped them arrive at a life with dignity and to reach out at a better future.

As soon as I arrived at Gulu, my first thought was to go immediately to St. Jude. My heart was filled with love when I embraced our children again, all of them so hungry for affection. Then when I had hardly crossed the gate of the compound, I was deeply moved when I saw on the front of the new administration building, recently realized by Byelo: ‘TO REMEMBER OUR BELOVED MAMMA SVEVA – funded by Byelo Onlus’ written in big letters across its façade. This dedication was not initiated by Beylo but it was a spontaneous ‘unauthorized’ act by an “artist son” of Sveva.

I also came to realize during my stay there that this building was more than just bricks, its spacious open entrance hall is a place of welcome and encounter, symbolizing Byelo’s loving and joyful embrace for all and everything.

Although this specific project came to its conclusion, it will continue to live through this representation of its ever-lasting embrace. 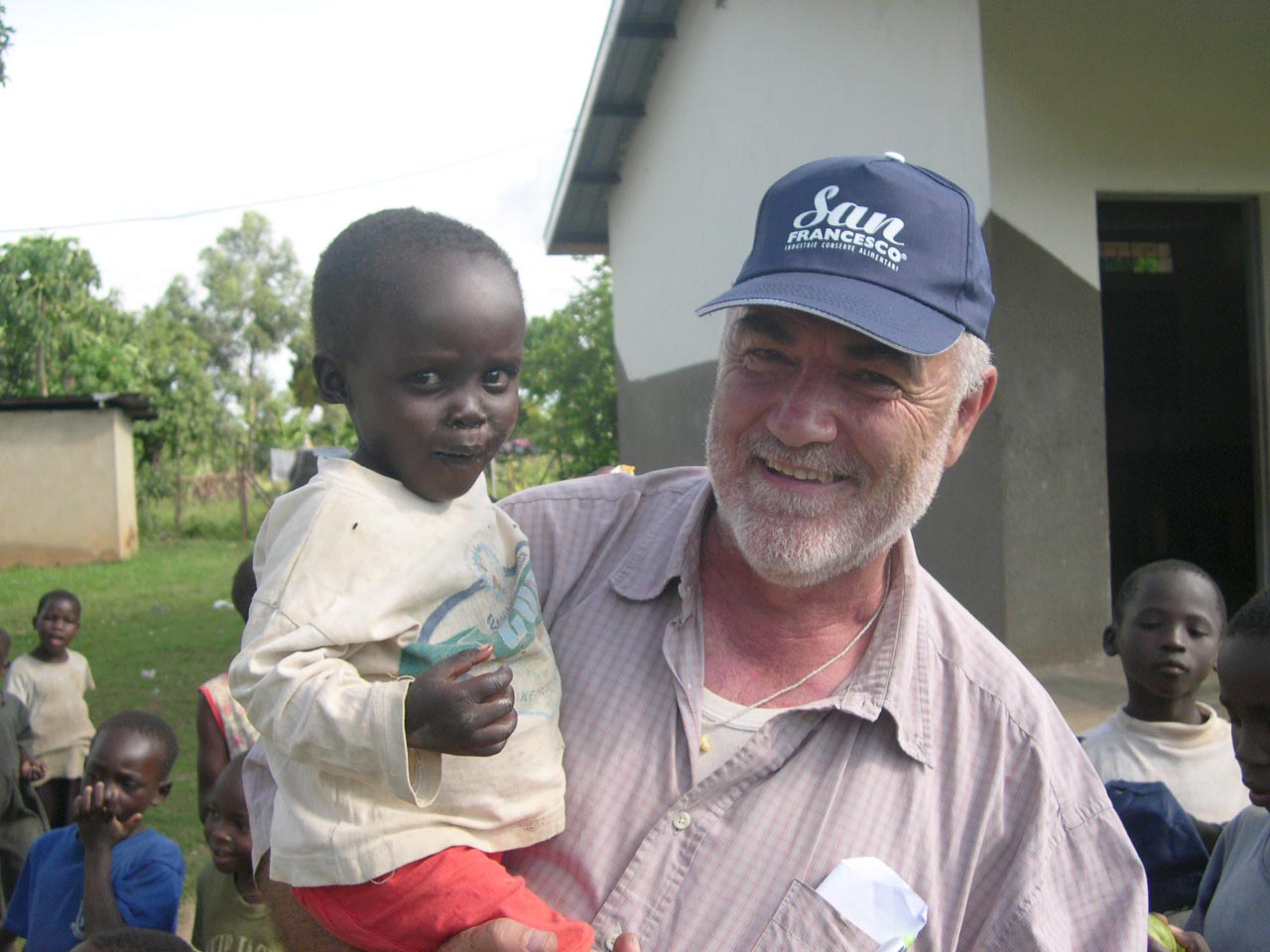 Brother Elio Croce   Combonian, has been working since 1971 in Africa.  He defended the Acholi people for decades from the most ferocious violence in the years of Amin up to the time of the Kony guerrillas.  It is he, the “father” of all the children of St. Jude orphanage, who gave us the opportunity to realize our mission for the children of Gulu.

Dominique Corti, President of the Corti Foundation, and daughter of Piero and Lucille Corti (founders of Lacor Hospital, Gulu) describes him as follows:

Elio is simply a living legend.  For over 45 years in Africa, he has been sharing all aspects of the Acholi people’s destiny, first as a technician at Kitgum Hospital, then from 1985 onwards at St. Mary’s Hospital of Lacor.  For the Acholi people he built hospital pavilions, dug wells, installed technical and agricultural structures for craftsmanship.

With them he shared terrifying decades of civil war, he buried their dead.  He has driven across the savannah with his white jeep, reddened with the fine pervasive dust which covers and infiltrates everything in Uganda.  Elio is inspired, driven and supported by his faith in Divine Providence, the tenacious, solid, imperturbable nourishment of a totally selfless life.  This mountaineer from Trento, climbs inch by inch his African adventure in the midst of innumerable challenges, countless tragedies and many heroic deeds, and yet during all these terrible years of turmoil, his enthusiasm never faltered.  He looks towards the summit, while also looking to his fellow-climbers and the ascent continues.

Divine Providence harnesses the soft spot of this man from Trentino, a blessing for Uganda.  That’s how the orphanage St. Jude, the Consolation Home for disabled children and the farm came into being. Nobody who has ever come to Lacor Hospital during these last thirty years, even just for an occasional visit, has failed to be deeply touched upon meeting Elio.  His simple and sober manner, his occasional briskness, devoid of self-interest, futility or superfluousness, are the attributes of a living dedication to Africa which distinguish this man with dusty sandals on his feet, who engages and recruits (often for life) whoever comes close to him.

Impossible to be indifferent: there is no way out from being challenged by his choices, but to become his ally even in the face of divergence. 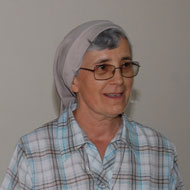 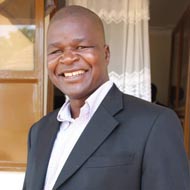 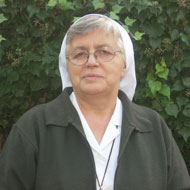 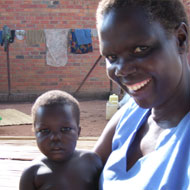 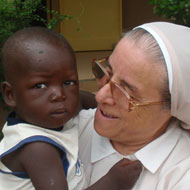 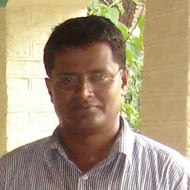